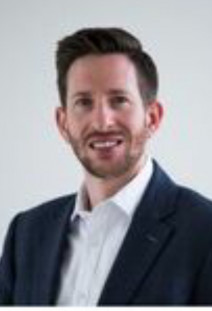 James Wood joined Community Pharmacy Surrey & Sussex in February 2018, becoming its first Chief Executive. A pharmacist with a wealth of experience, James is passionate about the role of pharmacy teams in optimising medicines use, along with supporting citizens in wider health and wellbeing issues.

As CEO, he is responsible and accountable for all operational and strategic aspects of the organisation. James, works closely with the Officers and members of East Sussex, West Sussex and Surrey Local Pharmaceutical Committees to represent and support over 550 pharmacies across Surrey and Sussex to the NHS and local authorities.

Prior to this, James was Superintendent Pharmacist and a co-owner at Wicker Pharmacy in Sheffield, one of the UK’s leading independent pharmacies. He pioneered the use of NHS Summary Care Records in Community Pharmacies in addition to developing a number of innovative patient-centred initiatives that are now widely commissioned across the NHS.

James has also worked in a number of large acute NHS Trusts, latterly transforming Outpatient Pharmacy Services as Managing Director of a social enterprise start-up company. This project has been recognised by the Health Service Journal.

James qualified as a pharmacist in 2004 after completing his undergraduate studies at Aston University in Birmingham. During his pre-registration year he was President of the British Pharmaceutical Students’ Association – the official students’ organisation of the Royal Pharmaceutical Society.

More recently, James was a board member of the National Pharmacy Association and a Trustee of the Health Education Foundation. In 2018 he was awarded a fellowship of the Royal Pharmaceutical Society in recognition for his outstanding contribution to the advancement of pharmacy practice. He is also a fellow of the Royal Society of Arts.

James is the College of Medicine lead for Pharmacy & Medicines. The College is a charity focussed on reshaping attitudes in healthcare, bringing together professionals, scientists and partnerships across society.


Back to Speakers page

This site is intended for healthcare professionals or people employed in the pharmaceutical industry. Please confirm that you are such a person.